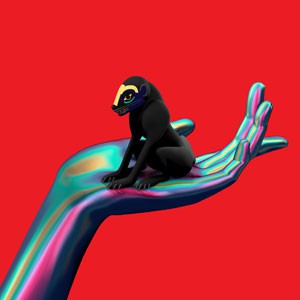 Having gone overground with his self-titled debut long player back in 2011, all went quiet on the SBTRKT release front soon after, leaving us waiting three years for new original material. His recent interim release of three instrumental ‘Transitions’ EPs joined the creative dots between the first and second albums, giving us pointers on what to expect next.

Opening with some experimental Wurlitzer weirdness, the bass drops into the subtle atmospherics of pianotronic ballad  'Wonder Where We Land' featuring Sampha, who also lays his fragility on 'Temporary View' and 'If It Happens'. One of a smattering of instros, 'Lantern' rides the arpeggiated synth-heavy Purple wave. 'Higher' offers a minimal trap groove while Raury speeds through his rap, taking a breath to sing the massive chorus hook. 'Look Away' is a fractured glitch-pop number complete with Autotuned vox by Caroline Polachek. The acoustic piano meets machine music theme continues on 'Problem (Solved)', which has Jessie Ware sounding sublime, and jittery Denai Moore-sung 'The Light'. Coming across like a Chemical Brothers future festival anthem 'New Dorp. New York' has Ezra Koenig icing the cake. The album closes with Ferg from the A$AP Mob freeforming over bombastic synth-fest 'Voices In My Head'.