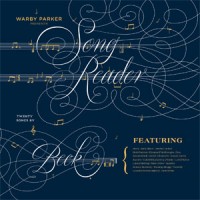 The Warby Parker release of Beck Song Reader marks the first officially recorded incarnation of the project, which has already inspired interpretations from hundreds of musicians the world over. The record includes the studio-quality debut of songs previously only played live either by Beck himself or at one of the handful of Song Reader concerts staged over the last two years. The most recent of these was presented by the L.A. Philharmonic in partnership with McSweeney’s and Warby Parker at the Walt Disney Concert Hall in Los Angeles on November 24, 2013. Described by The Los Angeles Times as an “expertly delivered and received night… another big step in Beck's long, fascinating evolution,” the show’s highlights included Jarvis Cocker’s interpretively danced “Why Did You Make Me Care?" and Jack Black’s borderline frightening “We All Wear Cloaks,” the latter of which makes its recorded debut on the Beck Song Reader album.