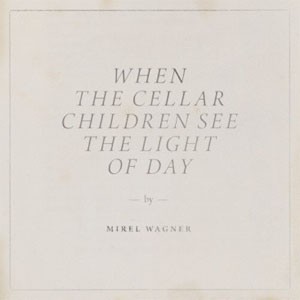 There is a defiant air of unflinching bravery in Mirel Wagner’s carefully chosen words and the skeletal chords of her acoustic guitar. Her songs are like smooth, polished pebbles, thrown into a cold bottomless pond, drops of life that set the darkness rippling.

Squeezing the last drop of life from a worn out genre, her acoustic balladry is as far as you'll get from clichéd coffee house folk. It has more to do with the primeval darkness of Swans than the folksy bonhomie of Bob Dylan.

Her background couldn't be more normal: a relatively sheltered childhood in one of the better-off suburbs of Helsinki, teenage years spent rummaging around the blues section of her local library, fumbling around with her brother’s acoustic guitar. She is wary of speaking of her Ethiopian origins (Wagner was adopted at 1½ years of age) and sees herself as Finnish. Her art is all the more astonishing considering this cultural context, all the more shocking in its strangeness because it stems from something so normal.

‘When The Cellar Children See The Light Of Day’ was recorded at Shark Reef Studios in Hailuoto by electronic music producer Vladislav Delay (Luomo, Uusitalo). Delay fleshes out Wagner’s sound, adding subtle production touches that give her songs a newfound vastness and gravity, while keeping the winning formula that garnered critical acclaim for her self-titled debut.