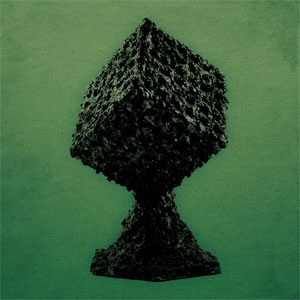 First gaining notoriety with the LPs Children of Desire (2012), which Pitchfork hailed for its “glistening and emotive, ear-bleeding noise pop”, and then Totale Nite (2013), which NME likened to “a cultural jump-start” in their 9/10 review; Merchandise continue their ascent with the highly-anticipated new album, After The End.

Drawing from too many places to be classified punk, they’ve certainly been informed by its ethics, earning all they’ve achieved. Still self-recording and producing their music, this time over a six month period in the house they share in Tampa, After The End is a real achievement in showing what bands can achieve themselves. The only outside influence this time came when they enlisted mixing help from Gareth Jones, the man famed for his work on Depeche Mode’s Berlin Trilogy of Construction Time Again, Some Great Reward, and Black Celebration, and more recently Interpol, These New Puritans and Grizzly Bear.

Speaking to the NME earlier this year, Carson said “Totale Nite was the end of the book. This is a whole new one. It's like we can start a new band with basically the same name. We've already exploded our reality – now we're going to re-make ourselves as a pop band, but it'll still be a twisted reality.” He’s kept to his word, the album is made up of ten tracks spread across a mean 45 minutes.