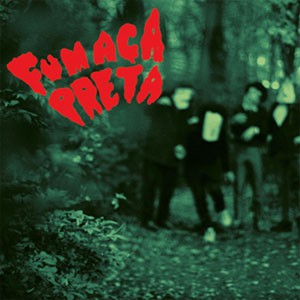 Fumaça Preta (pronounced Foomassa Pretta, meaning Black Smoke) started as a studio experiment when Alex Figueira, a Portuguese-Venezuelan producer and percussionist, invited some old friends to join him in the tiny analogue studio he built on the back of his house in Amsterdam.

After producing 2 critically acclaimed 45s, Fumaça Preta continued to work in the Barracão Sound Laboratory, swiftly producing their debut album. All musical boundaries collapsed during recording as the band drew upon their vast array of varied influences.

Live, Fumaça Preta becomes a quintet that swerves in and out of endless musical avenues but never loses the rock solid heavy psychedelic groove that drives them.