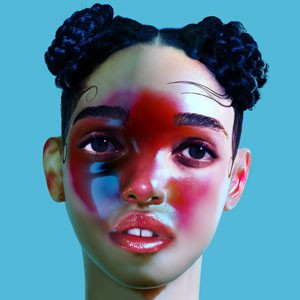 "LP1" arrived on the shop counter off the back of a wave of anticipation, hype and uproarious reviews. As the release date grew closer, the number of customers whispering her name over the counter grew and grew, her reputation buoyed by a spectacular sell out show at the Dancehouse recently, which even garnered the admiration of well known Mancunian curmudgeon Randy Marsh! Well, it's here, and god damn it, the hipsters were right! Wonderfully experimental, defiantly accidental and expertly produced RnB majesty that's destined for a Mercury Music Prize.

Undeniably contemporary, this long player sees Tahliah Barnett reinterpret Prince's slow jams through the skewed gaze of someone living in an Odd Future, swapping the hardware warmth for nuanced software glitch. The ten tracks on show offer a variety of mood and feeling, ranging from the intimate to the euphoric and the melancholic to the anthemic. "Lights On" is gonna soundtrack every student date in the coming academic year, while the eerie choral timbre of "Closer" is this decade's answer to Shakespeare's Sister, in a very good way. Well executed and conceptually bold, this perfect example of post-everything pop music looks set to be a future classic.