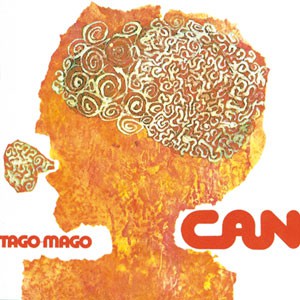 “The music was like nothing I'd ever heard before, not American, not rock & roll but mysterious and European." – Bobby Gillespie, Primal Scream

Of all the band’s oeuvre, Tago Mago has been most often cited as an influence for a host of artists including John Lydon, Radiohead, The Fall, Ariel Pink, Fuck Buttons, Sonic Youth, Factory Floor and Queens Of The Stone Age. Just last week Geoff Barrow (Portishead) mentioned Can as his favourite and most inspiring band ever (The Quietus).

Tago Mago the first album with Damo Suzuki on vocals, features the Can line up of Holger Czukay on bass, Michael Karoli on guitars, Jaki Liebezeit on drums and Irmin Schmidt on keyboards, and was recorded at Schloss Nörvenich in 1971.