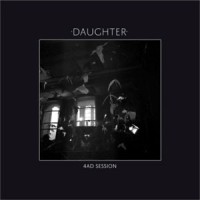 Last summer the London-based trio and acclaimed composer / arranger Joe Duddell were brought together by Festival No.6 to participate in a unique project. As the festival’s Composer-In-Residence Duddell, whose impressive CV has seen him collaborate with Elbow and compose for the BBC Proms, approached Daughter with an idea for the band to perform classical versions of their songs. Daughter, who have always wanted to explore this area, agreed to his proposal immediately. With the green light given, Duddell set about crafting classical arrangements for five tracks from Daughter’s debut album ‘If You Leave’ which the band, together with an eight-piece ensemble, performed in front of an audience of sixty people in Port Meirion.

4AD Session fimmakers Jane Pollard and Iain Forsyth were lucky enough to witness that mesmerising performance and both they and the band were keen to re-enact that sense of intimacy for a wider audience. “Daughter is a special band; there’s a unique chemistry and a work ethic - an effortless, instinctive talent between these three people,” say Iain and Jane. “We knew we needed to find the optimal conditions and collaborators to ensure that everything was aligned to allow the same magic to happen - the same musicians, Joe Duddell at the helm - but this time in the country’s best recording studio and recorded by the acclaimed Olga Fitzroy amidst a delicate set by art director Sal Pittman.”

After further developing the arrangements for those same five songs for the session, Duddell handpicked and assembled a talented cast of young musicians to make up a 10-piece classical ensemble, all of whom are either current students or recent graduates of the Royal Northern College Of Music. Art Director Sal Pittman was also drafted in - her delicate paper birds hang serenely in the space above and around the musicians.

In the acoustically and visually stunning Air Studios, Pollard and Forysth captured the trio of Elena Tonra, Igor Haefeli and Remi Aguilella plus Duddell and the RNCM ensemble performing ‘Shallows’, ‘Tomorrow’, ‘Still’, ‘Youth’ and ‘Amsterdam’.