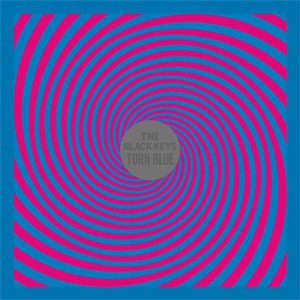 Produced by Danger Mouse, Dan Auerbach and Patrick Carney, 'Turn Blue' features 11 new tracks including the first single, ‘Fever’, which can now be heard at theblackkeys.com, YouTube and Soundcloud.

'Turn Blue' was recorded at Sunset Sound in Hollywood during the summer of 2013 with additional recording done at the Key Club in Benton Harbor, MI and Auerbach’s Easy Eye Sound in Nashville in early 2014.

Carney comments, “We are always trying to push ourselves when we make a record – not repeat our previous work but not abandon it either. On this record, we let the songs breathe and explored moods, textures and sounds. We’re excited for the world to hear Turn Blue.”

This is the eighth full-length album from the duo and follows 2011’s critically and commercially acclaimed El Camino, which is now certified RIAA Platinum. Internationally, El Camino is Gold in Belgium, Spain, Italy and Holland; Platinum in Ireland, France and the U.K.; and double Platinum in Australia, Canada and New Zealand. The record also resulted in three awards at the 55th annual Grammy Awards – Best Rock Performance, Best Rock Song, and Best Rock Album. The band now has a total of six Grammy Awards including three in 2010 for their breakout, RIAA Platinum album, Brothers.