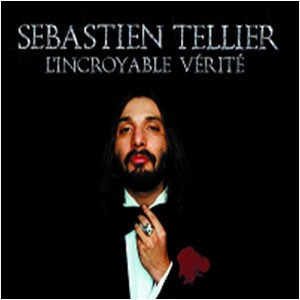 « L’Incroyable Vérité » is the first album of Sébastien Tellier. His previous discographic publications consist of a participation in the Source Rocks compilation, in 1998, with «Fantino» (used in Sofia Coppola's Lost In Translation film), which was noticed by the magazine Rolling Stone («(…) one of the loneliest sounds you will hear this year», December 1998).

The album was recorded between September 1999 and March 2000.

Sébastien plays most of the instruments and produced his album himself. It was mixed by Quentin Dupieux (aka Mr Oizo) and

Sebastien Tellier in July 2000 with the help of Guillaume Lebraz.

Sébastien and Mathieu Tonetti wrote the lyrics to the songs.

«L’Incroyable Vérité» is an album about life. You can hear a dog singing, a woman screaming, and legs growing.

Sébastien Tellier recommends that you listen to his album alone by candle-light.

Glenn JonesWelcomed Wherever I Go