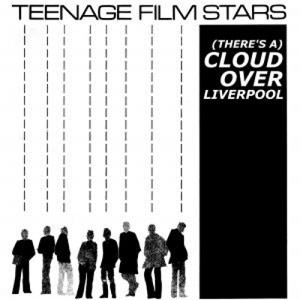 First vinyl reissue of the recordings of Teenage Filmstars, one of the early bands of maverick pop artisan Ed Ball, also a member of 'O' Level, Television Personalities and The Times.

Munster Records presents, in a co-release with Discos Alehop!, the three official singles of the British band Teenage Film Stars reissued on vinyl for the first time: '(There's A) Cloud Over Liverpool' (Clockwork Records), 'The Odd Man Out' (Wessex Records/Blueprint Records) and 'I Helped Patrick McGoohan Escape' (Fab Listening Records). After self-releasing two records with his band 'O' Level, in 1979 Ed Ball continued the path of 60s-influenced new wave pop already present in that band's 'The Malcolm EP' (1978), now under the name Teenage Filmstars. In this new adventure he was accompanied by his school friends Dan Treacy and Joe Foster (both members of Television Personalities). With their help Ball released a first single inSeptember 1979 featuring two songs: the A side is taken by '(There's A) Cloud Over Liverpool' (a tremendous chorus-song ) and the B side contained 'Sometimes Good Guys Don't Follow Trends' (a comment on youth culture). The song '(There's A) Cloud Over Liverpool' received support by John Peel and reached certain fame in the UK and the United States, where it was interpreted as an homage to John Lennon.

This compilation also includes two tracks never released on vinyl until now which were recorded in April 1979, in the style of 'O' Level: 'He's A Professional' (antimilitary punk-pop) and the folk-punk anthem 'The John Peel March', dedicated to the legendary BBC radio host and great supporter of new bands. This retrospective is completed with a recording session dated in November 1980 which produced three tracks ('Storybook Beginnings', 'Dressing Up For The Cameras' and 'The Sun Never Sets') which further explore the power pop-mod sound that Ed Ball would develop in his next band The Times.