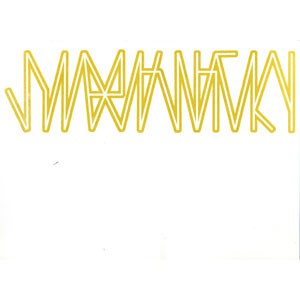 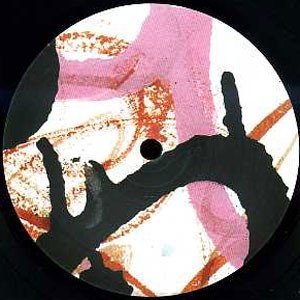 In the mystical cycles of the sonic universe, every so often Manchester conjures up, seemingly from nowhere, an absolutely mind blowing LP; up there with anyone else the world over. Following in the footsteps of Moodymann's "Black Mahogany", Trus'me's "Working Nights", Floating Points' "Shadows" and more recently, Kyle Hall's "Boat Party" and llum Sphere's "Ghost's Of Them And Now", we have this expansive, full-vision of sound presented by our fair city's very own Garth Be. I don't make these comparisons lightly, but it's rare that something quite so perfect reaches our shop - and it's with great honour that I write these notes. "Marquis" opens with delightfully radiant pads and glowing licks that wrap around a bouncy, disjointed groove which Kyle Hall would be proud of. "Dreamline" retains that jazzy bounce and bright, optimistic keyboard work; joining the esteemed ranks of Vakula and all the aforementioned cats when it comes to sophisticated organic sound palettes. Then he flips the script. "Don't Want" is a PERFECTLY constructed MPC jam which should have Andres wetting his pants and Theo scratching his head. So onto the B-side and "Housekeysonbrandy" moves towards a 2AM dancefloor, rolling a tough mechanical train wreck across deep aquatic pads. The perfect pairing of hard edged tension coupled with blissful release. Smoothly inserting another smoky sample from the archives of Afro-American heritage. "Monday Club / Tuesday Nite" is possibly the elevated 'top ring of the pyramid', and aptly titled "On and On" - you won't want this beauty to end. Simple but ridiculously infectious, think "JB's Edit" on Theo’s SS001 - it really is that good. "GYB3" is the celestial workout you've been waiting for, and oh so perfectly timed! It's like Garth's some cosmic shaman, guiding us through our trip like a seasoned galactic explorer. In his own words - 'find your place in the cosmos and unwind your mind!' I felt like I'd been on a 250mics acid trip by the end of this track. Finally we have the most delectable of outro's with "Teakayo" - again working the MPC like Shane Warne works the reverse swing. Leaving you desperate for more, BE keeps things painfully tight and succinct, not a single groove on the record is wasted, and at least three of the tracks could well be extended across a whole side of a twelve inch. It's that Madlib-styled intensity which cuts each track at its very peak, keeping you riding the wave till the very end, with absolutely no room for boredom. Unrivalled.

Matt says: In the beginning there was Moodymann’s ‘Black Mahogany’, then came Trus'me and ‘Working Nights’, and the world of soul-infused crate-dug house music was good. Carrying on in the tradition of such luminaries we have our city's very own Garth Be, instantly making me draw comparisons to the aforementioned 'classics' of the genre, alongside more recent titles - Floating Points ‘Shadows’ and Kyle Hall's ‘Boat Party’. Distinctly informed by North England's rich dance music heritage, ‘The Seven Movements’ goes everywhere it's possible to go in seven tracks, from jazz-inflected house jams, celestial, meditative states and MPC grooves executed with all the style and finesse of a Shane Warne leg break. Garth Be is a cosmic shaman, guiding us through our trip with ease.
In his own words: "Find your place in the cosmos, and unwind your mind!" When the needle reaches the end of the record, you feel like you've been on one hell of a hallucinatory journey. A glorious story which ends perfectly with him securing Piccadilly’s coveted number two spot. Garth privately pressed the album himself at the start of the year, having no idea of the Earth-shaking, bar-raising potential hidden deep within the wax. It’s been an absolute pleasure both seeing the album gather momentum, writing the first set of sleeve notes and, most importantly, inflicting its mesmerising tones on our customers! Leaving you desperate for more, BE keeps things painfully tight and succinct, not a single groove on the record is wasted and it's that Madlib-styled intensity which cuts each track at its peak, leaving you riding the wave till the very end, with absolutely no room for boredom. Unrivalled.

Patrick says: We've been waiting for this to drop ever since we heard "Monday Club / Tuesday Nite" on the TP. Incredible, organic and soulful, this is the one.

B1. Housekeysonbrandy
B2. Monday Club / Tuesday Nite
B3. GYB3
B4. Teakayo