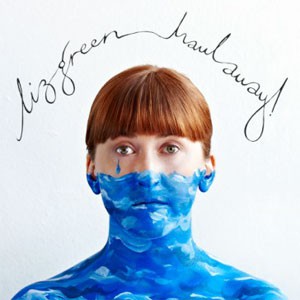 Recorded at London’s legendary Toe Rag Studio with producer Liam Watson, Liz’s sophomore album displays a wonderful array of sounds and styles, from the ‘drone-blues’ of ‘Battle’ to the sea shantyinfluenced title track.

In a departure from its predecessor, ‘Haul Away!’ sees Liz bringing the piano to the forefront, influenced by such artists as Thelonius Monk and Nina Simone.

Artwork designed and conceived by Liz herself, including the iconic cover image.

Includes self-styled single and ‘wonky circus tune’ ‘Where The River Don’t Flow’, a jaunty dance of life and death.