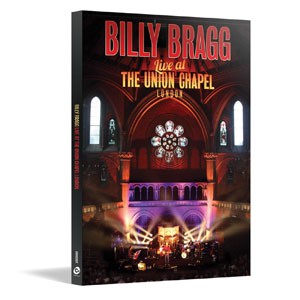 On Wednesday 5 June 2013 Billy Bragg played a very special show at The Union Chapel in London, featuring songs from his acclaimed March 2013 album ‘Tooth & Nail’ as well as classics from his back catalogue.

This unique DVD/CD souvenir of that performance, which includes bonus features and extras, is released on Cooking Vinyl. The package will also include a set of 5 postcards, comprising 4 live shots from the Union Chapel show and 1 from Wembley Arena in 2012, all taken by Pete Dunwell.

Billy BraggLife's A Riot With Spy Vs Spy (RSD22 EDITION)