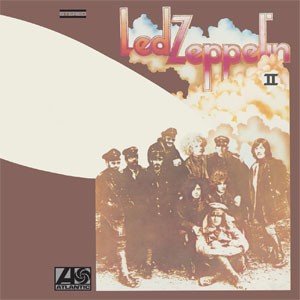 The band wrote and recorded nearly all of Led Zeppelin II while touring relentlessly to support its debut album. Incredibly, the album was released just seven months after Led Zeppelin in October of 1969. Led Zeppelin II features some of the band’s most beloved tracks including “Ramble On” and “Heartbreaker” as well as “Whole Lotta Love,” considered by many to be one of the greatest rock ‘n’ roll songs of all time.