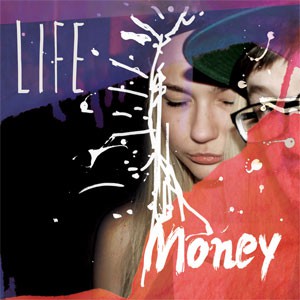 Birthday Records announce the return of Hull punk poets Life with their fine new double 'A' side release 'Money' and 'Crawling', released on 17th March and available as limited edition 7" and download.

Formed just a year ago, the last twelve months have gone by in a bit of blur for the Hull quartet, whose punchy guitar hooks and pop-poem lyrics have already garnered love from Steve Lamacq, John Kennedy, The Fly and NME Radar, and bagged them airplay on 6Music, XFM, Radio 1 and Amazing Radio for their infectious debut single 'I Wanna Forget'. Both tracks were produced by former Kaiser Chief Nick Hodgson at his studio in London.