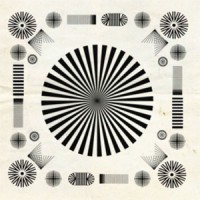 The second 7” to be released from the album ‘Join The Dots’.

Screen printed 7” of 500 copies. Also available as a digital download.

As with their debut album, ‘Join The Dots’ was recorded mostly live with Dan Carey at the helm, although increased studio time has enabled the band to experiment more with Carey’s laboratory of effects and pre-amps, and embellish their swirling, psychedelia, Krautrock indebted tracks with overdubs.

It’s Been So Long
Not On Your Own