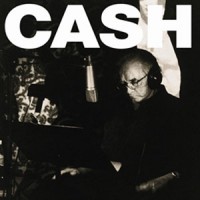 The vocals for these tracks were recorded in 2002 and 2003, before Johnny's death on 12 September 2003 at the grand old age of 71. Rick Rubin, who had worked with him on all the previous American Recordings added overdubs later, to complete the recording.
By the time of this recording Cash was in poor health and suffered the loss of his wife June in May 2003. He visits familiar themes: Love, Life, Death and God and they seem somehow much more poignant this time around.
As you'd expect from The Man In Black, he bowed out in style.

Johnny CashAmerican VI: Ain't No Grave - Back To Black Edition