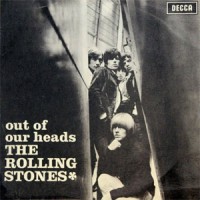 There are six different tracks to the US version, and although there are three Jagger/Richards songs there’s only one group written song, meaning this, in marked contrast to the US version of the album, has a preponderance of covers on it. There is not a hit single on the album, which probably accounts for it failing to become the band’s third number one in succession on the UK album charts, although it was not unusual at this time for artists to release albums without including their singles.