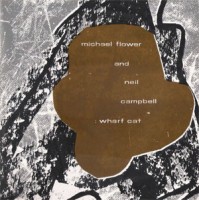 Second outing on Golden Lab for the pairing of Michael Flower & Neil Campbell (following a limited, instant sell-out double cassette in 2011). Best known for helping to establish the entire British underground psychedelic noise/drone scene as members of legendary unit Vibracathedral Orchestra, they are today, quite rightly, two of its most lauded proponents. This release - a beautifully packaged CD/7"/book set with stunning silk screened print work by Manchester artist Lucy Jones - pays reverence to that fact. The music was recorded spontaneously at live shows at Leeds' Wharf Chambers and Hebden Bridge's Trades Club, as well as at Michael Flower's home, and it demonstrates a more mellow, major scale bliss out version of the Sister-Ray-inspired endless web of intricate psychedelia that appeared on their previous release. It is, needless to say, utterly without peer.