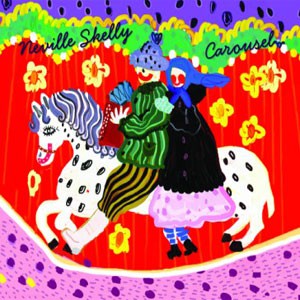 Featuring all original songs that already have the sound of timeless classics, ‘Carousel’ was selfproduced by Skelly at a friend’s house using a basic set up and an array of guest musicians including ex-Coral members.

Skelly’s dream of a voice - swooning from bass to falsetto, and coupled with his innate sense of ‘the song’ - is at the forefront, as he delivers a heartfelt, eclectic and authentic album.

Ballads of intense emotion alongside jazz and folk tinged acoustics.

A compelling album to savour. Will no doubt resonate with aficionados of John Martyn, Tim Buckley, Nick Drake and Van Morrison’s ‘Astral Weeks’.