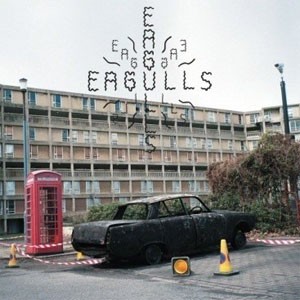 Eagulls have become synonymous with a discontented, disillusioned kind of anger, moulded into bullets of post punk that’s rife with urgency and aggression.

Following the success of the first single ‘Nerve Endings’, whose obscure video awarded them a nomination at the NME Awards for Best Video, the excellent sophomore double A side single ‘Tough Luck’ / ‘Opaque’ and more recently the release of ‘Possessed’, which they recently performed on David Letterman, the Leeds punk quintet prepare to release their debut album.

“A dark, post-punk racket with echoes of The Stranglers” - The Times