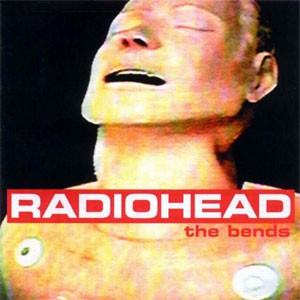 "Fans of Radiohead's 1993 single "Creep" basically divided into two camps: those who loved it as a dynamic slice of self-loathing rock & roll, and those who just enjoyed the skrakunk-skrakunk guitar distortion before every chorus. On their later albums, Radiohead would throw their lot in with the skrakunk-skrakunk crowd, pushing the boundaries of sonic experimentation. But for one record, they demonstrated how good they could be when they stuck to guitar rock. Singer Thom Yorke explored the expressive power of moaning, while guitarist Jonny Greenwood proved equally gifted with restrained strumming and electric flare-gun solos. When critics describe bands such as Coldplay as sounding like Radiohead, they usually mean that they sound like Radiohead's brilliant second album.

The title of The Bends refers to decompression sickness, when deep-sea divers come up too quickly — a comment on the band's sudden fame. The lyrics are filled with Yorke's unhappiness rendered as health metaphors: He makes himself a cripple who can't climb the stairs in "Bones," and with "My Iron Lung," he immobilizes himself even more completely and complains, "This is our new song/Just like the last one/A total waste of time."

The record is filled with lovely ballads, full of longing, jealousy and critiques of consumer culture. But the best is the last: "Street Spirit (Fade Out)." Over chiming guitar arpeggios, Yorke sings a hymn to his own claustrophobia and insignificance, making them sound like exalted states of being. When he intones, "Cracked eggs, dead birds scream as they fight for life," he finds solace in the vowels, transforming them into a melody of hope. By the end of the song, with harmonies swirling around, the beauty has touched even him: The final words on an emotional, bleak album are "Immerse your soul in love." - Rolling Stone.