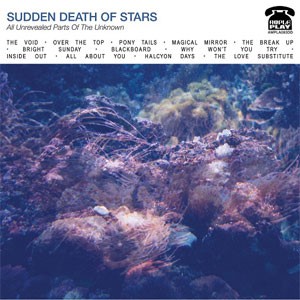 If you imagine a group walked from Brittany to the Isle of Wight along to Cornwall to the end of Scotland, to America and the Americas, taking in all influence of music along the way, then you’d get somewhere to knowing what is hidden in the foothills of this album.

Sudden Death of Stars are from the medieval city of Rennes, France, which may explain why they sound like monks playing modern day Velvet Underground, Os Mutantes and Pentangle. Formed in 2010, they were complete as a band when they happened upon the only sitarist west of Paris.