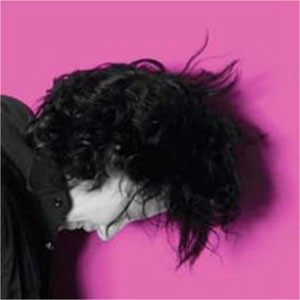 2013 was a notable year for Thalia Zedek. She released her first album in five years, ‘Via’, which PopMatters called a “rumbling, sweet, muscled set of tunes, as resilient as they are beautiful,” followed by a tour across North America with Low. She also reunited with Come, the classic band she formed with Chris Brokaw in 1990, reissuing their classic debut ‘Eleven:Eleven’ and playing their first shows in over a decade across the US and Europe. Following this intense flurry of activity, Thalia regrouped with herband in Boston to record an EP, harnessing the creative energy she had accumulated during her time on the road.

‘SIX’ is a brand new 29 minute mini-album following ‘Via’, which was praised by Pitchfork, Spin, PopMatters, Paste, American Songwriter, Magnet, and Under The Radar.

‘SIX’ opens with a full band version of ‘Fell So Hard’, a characteristically mournful dirge that exudes a tenacious, slowmoving intensity. Zedek explores the complexities of interpersonal relationships, employing some of the most sparse arrangements of her career. The spareness of tracks like ‘Julie Said’ and ‘Afloat’ achieve incredible emotional heft, letting Thalia’s lyrics, delivered in her unmistakable voice, take centre stage.