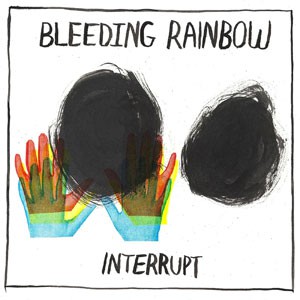 'Interrupt' is the follow up to Philadelphia based Bleeding Rainbow 2013's "Yeah Right". If you are counting, it's the fourth full-length LP, though only second as a full blown rock quartet. With "Interrupt", the aim was to keep things simple and to the point. Recording instrumental tracks live and grabbing some songs in one take, the album is more powerful and raw. It exudes a new found confidence but with the same optimistic songwriting, boy-girl harmonies and punk rock laced with shoegaze that has come to define Bleeding Rainbow.