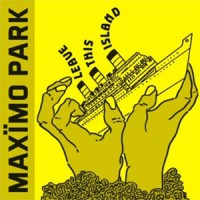 The emergence of 2014 marks a flurry of activity from Maxïmo Park. Following news of their forthcoming album ‘Too Much Information’, an accompanying full UK tour, and the recently aired ‘Brain Cells’ track, the band have confirmed the release of the single ‘Leave This Island’.

Taken from a remarkable collection of songs that pulses with life and intent, revealing a band that have lost none of their restless energy since their inception, whilst retaining an ability to startle and provoke.

‘Leave This Island’ surges with a drumbeat and ripple of keyboards harnessed with Paul Smith’s vocal, before cascading into a sweep of uplifting emotion: a band on top of their game.

Maximo ParkRandom Regrets / On The Sly