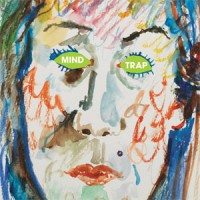 The album features songs alongside instrumental pieces for orchestra. Martin sings and plays the instruments, supported by gospel singers Dee Alexander and Yvonne Gage (who've worked with The Police, Madonna and R.Kelly) and Andy Knowles (musical credits include stints with the Fiery Furnaces & Franz Ferdinand) playing drums on If You’re Lonely, You Return and Don’t Tell Me. Keiko Owada plays bass on Gift Attack / Don’t Won’t. Co-produced by Martin with Andy Knowles, the album was recorded in London, Chicago and the Czech Republic. Nick McCarthy of Franz Ferdinand and Mark Ralph (who works with Hot Chip) provided additional production. The Chicago songs, which form the heart of the album, were recorded all-analogue at John McEntire's (Tortoise) Soma Studios. Engineered by Bill Skibbe (The Kills/Franz Ferdinand). It also includes 3 specially commissioned orchestral works: Work No. 955 was originally written for the Birmingham Symphony Orchestra, Work No. 994 was composed for the Hiroshima Symphony Orchestra and Work No. 1375 was commissioned by the The London Sinfonietta. These pieces were recorded for the album by the Brno Philharmonic Orchestra conducted by Mikel Toms. All lyrics and music on the album are written by Martin Creed, with the exception of the The New Shutters which is Martin’s arrangement of a traditional Neapolitan folk song. The album sleeve features one of Martin’s paintings, Work No. 1674: Anouchka and was designed by Andy Knowles, who has recently directed videos for Franz Ferdinand and The Cribs. Martin has released one previous album, Love To You (Moshi Moshi) in 2012.

29th January 2014 sees the opening at the Hayward Gallery of the first major survey show of Creed’s work. This far-reaching retrospective will include all of his best-known works, from the Turner-prize winning installation Work No.227: The Lights Going On and Off (2000), Work No. 293: A sheet of paper crumpled into a ball (2003) to his epic sculpture Work No. 1092: MOTHERS (2011) and will occupy both floors of the Hayward Gallery and its outdoor terraces. To coincide with this exhibition at the Hayward, Southbank Centre has commissioned Martin to compose a new piece for the Royal Festival Hall organ. This will be part of the Pull Out All of The Stops Festival, which celebrates the complete restoration and reinstallation of the organ. Key performances during Martin Creed’s run at the Hayward Gallery will be the premiere of his new organ commission on 30th March (Face to Face with Bach) and the performance of Creed’s ballet Work No. 1020 on 8th April. The Ballet is choreographed by Creed and the music, played live by Creed and his band, will feature songs from Mind Trap. Martin Creed was born in 1968 in Wakefield, England and was brought up in Glasgow, Scotland. He studied at the Slade School of Art, London from 1986-1990. His work has been exhibited internationally and is represented in collections including Museum of Modern Art, New York; The Moscow Museum of Modern Art; The Centre Pompidou–Metz, France; Tate, London; Van Abbemuseum, Eindhoven; The Scottish Gallery of Modern Art, Edinburgh and The Museum of Contemporary Art, Chicago. Recently, Creed’s Work No. 1197: All the bells in a country rung as quickly and as loudly as possible for three minutes opened the 2012 Olympic and Paralympic celebrations as part of the London 2012 Festival.