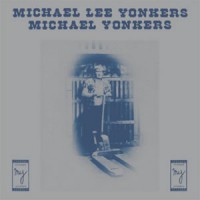 By now, the legend of Michael Yonkers has ascended to estimable levels, at last. It should have happened long ago - after all, it was over ten years back that the word got out, when his previously-unreleased 1968 Sire album ‘Microminiature Love’ was issued by Destjil and then Sub Pop. A thousand noise-rock ears pricked up, in the same fashion as in 1967, when folks heard The Velvet Underground and Nico, when those lucky enough to stumble across said sounds formed their own bands immediately. Yes, it turns out the reclusive Minneapolis dancer had just as seminally prefigured proto-punk / metal / noise though his own brand of amped-up garage rock, but no one knew. In this blog-happy latter decade, Michael has picked up where he left off, exploring blown-out frequencies with collaborators around the globe, and his work has claimed a seat next to underground legends like The Fugs, VU, Sonic Youth and even ol’ Jimi.

What a lot of folks still don’t know is that Michael put aside his hand-built fuzz boxes and bellowing vocal style in the 70s to record and self-release some truly lilting homespun folk albums, where he explored the sound of acoustic guitars, layered, madrigal-like vocals, and only the most subtle applications of electricity, all in service of some truly somber and mesmerizing songs. Of these albums, only ‘Goodbye Sunball’ and ‘Grimwood’ have been reissued, as well as Drag City / Galactic Zoo Disk’s now sold-out ‘Lovely Gold’ (recorded in 1977, but unreleased until 2010).

There’s yet another musical colour revealed on the uber-rare private press, ‘Michael Lee Yonkers’, which was home-recorded in 1971-72, while Michael was working in an unheated, hundred year-old warehouse. He ran the forklift and drove the truck for the company, hauling extremely heavy loads of industrial surplus and scrap metal. His co-workers almost exclusively listened to country & western music, which inspired him to create and perform an oddly countrified set on weekends, when he would play in coffeehouses and at house parties. Yonkers would do an acoustic set of original “country” and “rock” music for the first part, then he would get out an “electronic music machine” that he had built himself and play “electronic music”, according to Michael himself.

‘Michael Lee Yonkers’ is a recording of some of the ‘country’ songs he was doing at the time, as well as a few songs he wrote for the children at the house parties (like ‘Mrs. Jennings Fruit Fly Farm’, recorded live, where you can hear the kids going nuts). The tracks were recorded on a variety of tube-type, reel-to-reel tape machines, which give them a unique analogue sound that begs comparisons to outsider hillbillies like Peter Grudzien, Holy Modal Rounders and The Legendary Stardust Cowboy, as well as beloved longhair outlaws like Townes Van Zandt and Kris Kristofferson (ok, even one St. Johnny Cash too).

The original art and labels have been faithfully reproduced and, with a discreet remastering touch, the tracks sound better than ever. Originals go for over $60, so get these before they fly out the door and sell for almost $60, ala ‘Lovely Gold’.