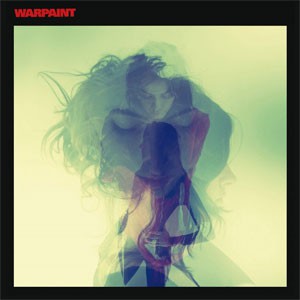 ‘Warpaint’ was co-produced by Warpaint and Flood (PJ Harvey, Sigur Ros, New Order, Nick Cave & The Bad Seeds and Foals), and mixed by Flood and Nigel Godrich (Radiohead). The album was conceived after some writing and recording sessions that took place in The Joshua Tree late last year. Here the band was joined by visionary director Chris Cunningham who has partnered with them for many of the album visuals including the cover. He has spent the past two years filming and photographing the band as they made ‘Warpaint’.

David says: The Californian sunshine bores the daylights out of Warpaint. Surf dudes to the left, Hollywood desperados to the right: their second album proper finds the band diving down deeper and darker than ever before in a valiant, but ultimately doomed attempt to escape LA's shiny, happy people. Hypnotic and bleakly claustrophobic; 'Warpaint' is an album that won't return your calls and will pretend it hasn't seen you on a night out but, like a doomed love affair, will keep you coming back for more, hoping for reciprocity, ignoring the truth, that this a record that will never love you back. Don't let that stop you falling in love though, having your heart broken is one of life's cruel constants. So, if it's inevitable, you could do worse than to have it broken by 'Warpaint'.