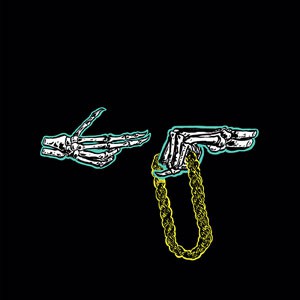 The record features new, previously unreleased material, available in Europe for the first time on CD and as a deluxe vinyl edition complete with a new track featuring DJ Q-Bert (Invisibl Skratch Piklz), remixes by Dave Sitek (TV On The Radio) and Blue Sky Black Death, as well as remix instrumentals.

Big Dada: “We're incredibly excited to be releasing Run The Jewels. El-P was one of the early inspirations behind Big Dada, and is one of the all-time great driving forces of forward-thinking rap music. His partnership with one of the most intelligent, fluent and ferocious MCs out there, Killer Mike, is hugely exciting and we think 'Run The Jewels' is the rap record of 2014 and then some."