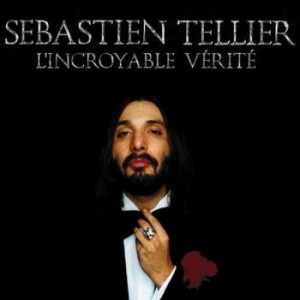 Record Makers kick off their Sébastien Tellier reissue series with a fresh pressing of the bearded hero's debut LP, "L’Incroyable Vérité". Snapped up by Air as the first signing to their then new Record Makers imprint off the strength of his contributions to the 1998 Source Rocks compilation and the "Lost In Translation OST", Tellier released "L’Incroyable Vérité" in 2001 to marmite effect! Mixed with Mr Oizo (another total joker), the LP shifts between lo-fi electronica, bizarre cabaret, dreamy downbeat and swooning cinematic numbers, throwing a lot of listeners of the scent, but rewarding the real heads with gorgeous songwriting, intelligent lyrics and accomplished instrumentation, mostly played by Sebastien himself. "L’Incroyable Vérité" is an album about life. You can hear a dog singing, a woman screaming, and legs growing. Sébastien Tellier recommends that you listen to his album alone and by candle-light.