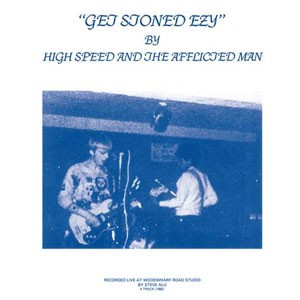 In 1982, the mysterious Steve Hall, a self-proclaimed “hippie-punk” who had previously released a couple of D.I.Y basement-punk albums with his band Afflicted Man, recorded one of the most obscure, underrated and KILLER heavy-psych albums of all time.

We present the first ever legit reissue of this lost masterpiece, licensed by Steve Hall.

“What is Steve Hall? He’s the pinnacle of psych!” - Chris Stigliano (Forced Exposure / Black To Comm).

“Too freaked out for punks, too punked out for freaks, 'Get Stoned Ezy' is a bloodbath of pedal stomping carnage” - Tom Lax (Siltblog).