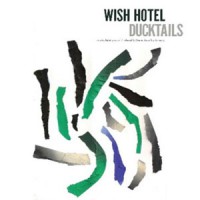 ‘Wish Hotel’ consists of five songs recorded by Matt Mondaline (who also plays in Real Estate) and sees him returning to a solo home recording setting and the blown out guitar and synthesizer work of his past releases.

‘Wish Hotel’ follows Mondaline’s first album on Domino, ‘The Flower Lane’, a sun-dabbled pop album that has been a big favourite here at Piccadilly.