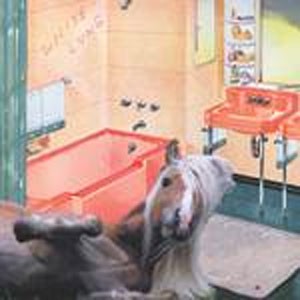 The angry female fronted Vancouver punks release new seven inch single 'Songs of the South' - comprised of 'Blow It South' and 'Down With You'.

After being credited as having one of the best live shows of SXSW earlier this year and their 2012 full length 'Sorry' receiving critical acclaim from the likes of Pitchfork, Stereogum, Noisey, Spin and Rolling Stone White Lung look set to become a successful crossover band – following in the steps of Fucked Up & The Men