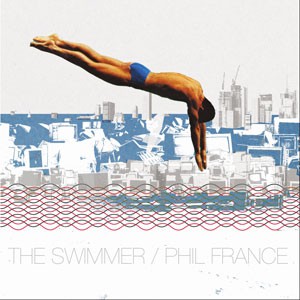 France of Cinematic Orchestra fame has just signed a three album deal with Gondwana and is currently working on new material for release in Autumn 2017, but first up is a worldwide re-release for his debut solo recording, The Swimmer, a beautiful beguiling "soundtrack" for a film that hasn't been made yet.
Originally released in October 2013 it sounds even better now than it did then, deeply emotive and epic in scale it draws it influences from the great second wave of film composers including John Carpenter and Vangelis, as well as minimalist composers such as Steve Reich and Philip Glass. France's skill, in this album, as well as his work with The Cinematic Orchestra, is in soundtracking human emotion - The Swimmer is full of heartbreak and recovery, strength, honesty and frailty, it is meditative and hopeful and, in our opinion, you might not hear a better album this year.

David says: Sounding even better now than it did when it was originally released in 2013, this is an unparalleled work of beauty that every home should own.