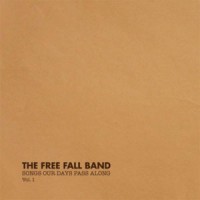 The Free Fall Band are five very young timeless pop creators bursting with melody and sublime choruses. They appeared out of nowhere three years ago from the Maresme. They quickly gained recognition: finalists of the Demoscópicas de Mondo Sonoro or at the Villa de Bilbao (where they were the winners of the Pop Rock category in 2011) azzaldia de Donosti, Faraday, popArb… a series of achievements that led them to record their debut album, produced by Miqui Puig and released on LAV Records (co-released with Buenritmo).

The record sums up The Free Fall Band perfectly: echoes of The Beatles, Jonathan Richman, The Shins, The Zombies…fun and emotion in equal measure, carefully assembled arrangements and a youthful image.

2013 has put them at the forefront of national pop, thanks to landmark moments such as their performance at the Primavera Sound Festival and supporting Rodriguez in Barcelona. Before the year is out they will play at BAM and will also take part in the Primavera Sound Touring Party that will take them all around Spain.

This next step is a mini album of covers (their first record on El Segell Del Primavera) that includes covers of The Strokes, Violent Femmes, New Order, Booker T & The MGs and Jonathan Richman.

Their second album is planned for the beginning of 2014.

Electricity In Our HomesDear Shareholder