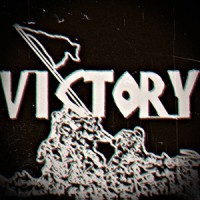 Matt Hartless is a British-Irish musician performing and recording mainly as a soloist and with his backing band, The Matchstick Ghosts. Writing music and having had lessons in Piano, Trumpet and Violin at an early age; Matt took to music more seriously when having drumming lessons and teaching himself to play the guitar at around fifteen/sixteen. As he went into his A-level years at school, Matt formed his first band, a covers band called 'The Swag' where he sang and played lead guitar with some childhood friends. They only had a few gigs then everyone went their separate ways to university.
Matt became a lot more interested in recording his music after starting a music degree at Salford and forming a few bands with fellow students. The most prominent of these was 'Freed By Mice.' After a few gigs in Salford, Manchester and Sheffield, Matt went home to finish writing and record his first full solo album, 'Our Last Days In The Sun' upon which Freed By Mice guitarist Joe Leonard contributed a solo.
Freed By Mice soon went on hiatus and Matt formed The Matchstick Ghosts to play songs from his album. As his second university year wore on, Matt started to write again, but with a much darker and more experimental sound. In April 2013 Matt released his first single, 'Friend Synthetic' adapted from the Freed By Mice days (but written long before) with a launch gig in Manchester.
Problems with finding a regular bassist meant that the band was often set back and making any progress was difficult, so during May and June, Matt focused again on his solo work and at Salford University's studios recorded the majority of 'Victory,' the second album. He employed a lot more of the university's facilities, especially effects programs and hardware to create an amalgam of man and machine before mixing the whole album with friend and Matchstick Ghosts drummer, Kit Warren.
During the next few months Matt played many small acoustic gigs in and around Manchester with his nylon string guitar and occasionally with piano when there was one to hand. After two gigs in Sheffield, The Matchstick Ghosts finally solved their bassist conundrum, at least for the near future, in Sheffield based Jacob Harrap.
Victory was released on the 4th of October on Matt's label, Weird Affection Records.