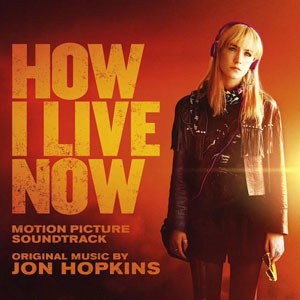 'How I Live Now' is the big-screen adaptation of the award-winning young-adult novel by Meg Rosoff, directed by acclaimed Academy-Award winning director Kevin Macdonald (One Day In September, Marley, The Last King of Scotland) and starring Academy Award nominee Saoirse Ronan (Atonement, The Lovely Bones, Hanna) as Daisy.

London based Jon Hopkins, a classically trained pianist who has collaborated with Coldplay and Brian Eno amongst others, received a Ivor Novello nomination for his score for the Sci-Fi classic, 'Monsters' and he also co-wrote with Brian the music for 'The Lovely Bones'. He also scored the Andrew Douglas / Bryan Singer feature film 'You Want Me to Kill Him'.

'How I Live Now' features the single 'Garden's Heart' by Natasha Khan (Bat For Lashes) & Jon Hopkins, a Jon Hopkins Remix of Daughter's 'Home' and Amanda Palmer 's 'Do It With A Rockstar'

Philippa says: Includes his track with Bat For Lashes Natasha Khan, 'Garden's Heart', a remix of Daughter, Amanda Palmer & Grand Theft Orchestra's 'Do It With A Rockstar' and lots of electronic film pieces.