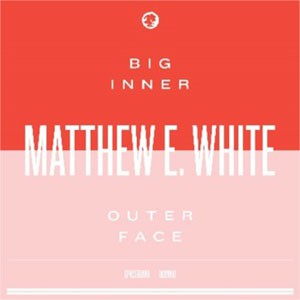 Guided by restraint and indulgence, Matthew E White expanded the process that created ‘Big Inner’ and began to find its first descendant, ‘Outer Face’, that White describes as “a monument to love, to non-love, to the confusion of feelings, to the last half century of recorded music, to dub, to minimalism, to pure orchestration, to the human voice, to birds in the sky, to home.” It’s ‘Big Inner’ stripped down to the basics - percussion, bass, strings, choir - exploring tape manipulation, a bit of editing à la Teo Macero, and dub-inspired effects.