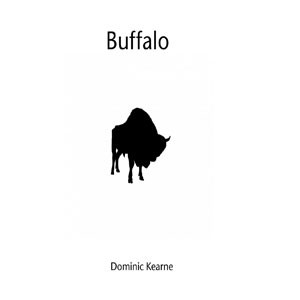 "“Buffalo” is the result of having seen British folk-guitar legend John Renbourn perform in Salford in 2011. Acoustic bare bones Blues/Folk heavily influenced by John’s work along with that of Bert Jansch and Davey Graham, I strive to make up for any comparative technical shortcomings through vocals and lyrics. Having been trapped for 5 years in a loveless marriage to a record company, ”Buffalo” represents my stripped down freedom and looks at themes including Roman Mythology, School Shootings, Slavery and Stage Fright." - Dominic Kearne.

Andy says: Rich voice and dextrous guitar make this local talent one to look out for.