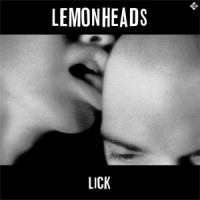 Fire Records will be reissuing the first 3 albums by the Lemonheads, Hate Your Friends (1987), Creator (1988) and Lick (1989), featuring copious bonus tracks and many never-before released rarities and live recordings. Together, these seminal albums showcase the band's early punk rock roots and trace the Lemonheads’ transformation towards becoming one of the most successful and influential bands in indie rock. Before the 90s. Before the internet. Before Nevermind. Back when something called “independent music” first began reaching a wider audience, through college radio, word-of-mouth, and that small “underground” record store you seem to find in every town…there was a band from Boston called Lemonheads.

High school friends Ben Deily and Evan Dando, Lemonheads’ primary songwriters, co-guitarists and co-vocalists, first recorded together on 4-track cassette in the spring of 1985; by the end of the decade they—together with bass player Jesse Peretz, sometimes-guitarist Corey Brennan, and successive drummers Doug Trachten and John P. Strohm—had created a body of recordings which would see them on MTV’s fledgling “120 Minutes,” beating out the Grateful Dead on college radio charts, and entering the consciousness of a generation of music fans. Cited as influences by artists as varied as Billie Joe Armstrong and Ryan Adams, these fledgling Lemonheads recordings—part rock, part pop, part unique hybrid of the 80s punk styles beloved by the band members—mark the start of the trajectory that would eventually lead to “mainstream” success and stardom for a later version of the band. But they also represent a distinct, never-repeated phase of the band’s history: one that is finally receiving the attention it deserves.

Lick is the third full-length album by the Lemonheads, and the last to feature founding member Ben Deily. It was the group's last independent label-released album before signing to major label Atlantic. An odd mixture of brand-new, and considerably older, sounds, 1989’s Lick brings together the output of several distinct recording sources: six brand new songs recorded with Minneapolis-based band friend and producer Terry Katzman, and a collection of older, B-side and never-released material originally overseen by producer and engineer Tom Hamilton. The difficulties of writing and creating a new full-length album every year (Hate Your Friends and Creator were released in 1987 and 1988, respectively) are clearly in evidence on Lick. While the newest material (“Mallo Cup,” “A Circle of One,” “7 Powers,” “Anyway”) hints at promising new song writing directions for both Deily and Dando, there’s an almost valedictory sense of the past in the inclusion of versions of “Glad I Don’t Know” and “I Am a Rabbit” (from the band’s first-ever, self-released EP), and the now-classic track “Ever,” a previously-unreleased tune from the original 1986 Hate Your Friends sessions.

At moments, Lick almost sounds like an elegy for itself—or an elegy for a band that has reached the end of the beginning. Also audible in the heterogeneous songs are the tensions of line-up changes—and inchoate, growing frustrations. After various band break-ups or threatened break ups (such as Dando’s brief departure to play bass for Boston band the Blake Babies), the Lemonheads convened to record new material for Lick now featured Dando on drums, Peretz on bass, Deily on guitar (and “piano,” according to the album credits) along with the addition of long-time band friend—and former member of TAANG! labelmates Bullet LaVolta—Corey Loog Brennan on lead guitar. And yet the frenzied, quasi-ironic hammer-ons of Corey’s axe provide some of Lick’s most entertaining moments—like the unaccountably-translated-into-Italian paen to 70s detective Ironside, “Cazzo Di Ferro.” (The song’s music was originally composed by Brennan for his Italian punk band, Superfetazione.) After the album’s completion, Deily opted out of the subsequent European tour, before leaving the band permanently. Jesse Peretz stayed on to record their Atlantic records debut Lovey, but left after the supporting tour in '91. Since then, Dando has been the Lemonheads' sole permanent member.

BONUS TRACKS: Features bonus tracks including several never-before-released live tracks from a 1987 radio session, live tracks and an interview from the 1989 European tour, and the 4 tracks of the Lemonheads self-released debut EP, Laughing all the way to the cleaners.

The LemonheadsHate Your Friends (Deluxe)