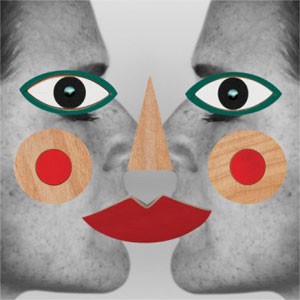 The album sees Emiliana back in the studio with her longterm producer / collaborator Dan Carey. As well as Emiliana’s three previous albums the pair co-wrote and produced Kylie Minogue’s Grammy award-nominated track ‘Slow’ which went straight to Number 1 upon release. ‘Jungle Drum’ from Emiliana’s last album ‘Me And Armini’ also charted at number 1 in several countries including Germany where it stayed for 9 weeks.

Of the album Emiliana says: “For me the first album was learning to write songs, the second was working on my own melodies and lyrics and the last album ‘Me and Armini’ was about learning to let go. With this record, it’s much more about the exploration of sonics and visual landscaping in order to find my own sound. I am a craftswoman and for me this record has been about Dan (Carey) and I evolving and going on a sound journey.

“‘Tookah’ is a made up name or word, which I connected with in a very deep and blissful way. It is the core of you, the you when you were born before life decorated you like a Christmas tree with all your baggage. It is what connects us with everyone and everything. It is what the Sufis spin for. It is the sudden thankfulness you feel when doing nothing in particular, where everything is gently perfect for a moment. Some call it god. I call mine ‘Tookah’.”