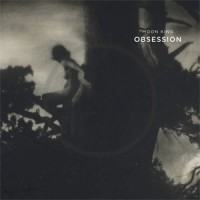 Toronto’s Moon King will be issuing their debut European release on September 16th via Tough Love (Girls Names, Weird Dreams, CYMBALS). Entitled Obsessions, the record compiles all of the band’s output to date as well as one previously unreleased track.

Comprised of Toronto native Daniel Benjamin and collaborator/co-conspirator, Maddy Wilde, the duo have been making music together for most of their lives. As Moon King, the two singers weave dreamlike harmonies over buzz-saw guitars and electronic percussion, their live performances capturing a raw-nerve intensity that verges on ecstatic. While they have ties to a handful of other Canadian projects – Majical Cloudz, Grimes, Austra – they more obviously share a sonic affinity with the alien androgyny of Cocteau Twins, mbv and The Breeders.

Many of Daniel’s songs appeal to our darker subconscious desires, revelling in the embrace of fear and ego as a means of escape. Daniel also frequently performs with his brother Airick's group, Doldrums.