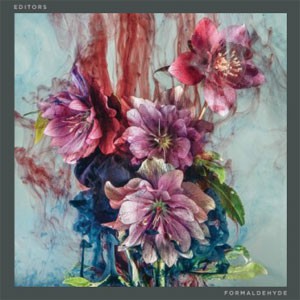 The second single from Editors fourth album ‘The Weight Of Your Love’ sees the band returning to the familiar terrain the band’s myriad fans know and love with an edgy, anti-love song with a soaring chorus.

Already a live favourite, standing shoulder to shoulder with the band’s bonafide hits like ‘Munich’, ‘Papillon’ and ‘Smokers Outside The Hospital Doors’, ‘Formaldehyde’ has been singled out in album reviews as a stand-out from the album, and an obvious choice for a single to take to radio.

‘The Weight Of Your Love’ entered the UK album charts at No 6 in the UK and, 5 weeks on, still holds a Top 75 position. Having lost founding member Chris Urbanowicz and in the process nearly packing it all in before gaining two new members, the new album is, in some ways, a transitional record, with the band reborn, shackles off, making their most ambitious music to date.

The single is backed with an unreleased acoustic version of the band’s opening single from the album, ‘A Ton Of Love’.

Formaldehyde
A Ton Of Love (Acoustic)