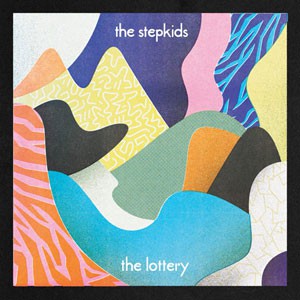 The Stepkids are three singer/songwriters. “A lot of what excites us about this band is this band itself,” says bassist and keyboardist Dan Edinberg. “It’s not either of us; it’s about creating an entity where the entity itself is what’s important.” As a result, every song on the Stepkids self-titled debut album is written with equal input from each member. “All three of us write and all three of us sing,” says Jeff Gitelman, who resigned from touring as Alicia Keys’ guitarist to concentrate full-time on recording the Stepkids self-titled debut album. Drummer Tim Walsh continues, “There’s an equal split in the creative process. Any lyric, any melody, any idea could have been done by any of us.” This approach comes from more than a decade of musical experimentation and experience. Raised on the East Coast jazz and R&B circuit, individual band members went on to share stages with 50 Cent and Lauryn Hill, tour internationally with indie punk band Zox, score movies and commercials and produce solo albums. The Stepkids groove is a fusion of punk and jazz, West African and 1960s folk, neo and classic soul, classic funk and 20th century classical. The band produce, engineer and record themselves on a reel-to-reel. There’s no singular icon, no singular sound, and no singular way of making it happen for the Stepkids. It’s psychedelia for the 21st century, where the focus is on the whole.