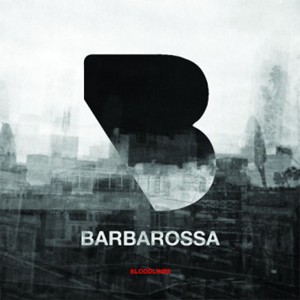 “Melds blue-eyed soul and electronica to addictive effect.” - Sunday Times · There were plenty of reasons for Londoner James Mathé to simply keep course after the release of his well received debut album, ‘Chemical Campfires’, in 2008 on Fence Records - a flourishing reputation as one of Britain’s most exciting acoustic troubadours, a prominent spot in Johnny Flynn and Jose Gonzales’ backing bands, the roar of applause from the audience at a sold-out show at New York’s Bowery Ballroom still ringing in his ears… but Mathé had other ideas: “I loved the acoustic scene, but knew it was not all I was about,” he remembers. “So I dug out all my old Casiotone keyboards, drum machines and analogue synths and just started writing.”

From the sultry ache of opener ‘Bloodline’ (a nod to Massive Attack’s ‘Unfinished Sympathy’ “about not picking up the bad habits of the generation before you”, says Mathé), to the Pharrell Williams-inspired urban crunch of ‘Turbine’, all the way to ‘The Load’ (written when Mathé was indulging in his love of Jurassic 5 era 90s hip hop), ‘Bloodlines’ is a brilliantly varied listen that pulls and paws at your heartstrings.

If there’s a gloriously loose, tenebrous feel to songs like the blue-eyed electro-soul ‘Pagliacco’, it might have something to do with the Londoner’s organic approach to song writing. “I just sit down with my dictaphone and make sense of what comes out afterwards. The best stuff usually comes when I’m hungover or not really thinking. The minute I try to be clever with words, it just sounds sh*t,” Mathé laughs. Instead, the album’s lyrics burn with a simple, poignant immediacy and Mathé sings them with touching, soulful grace.