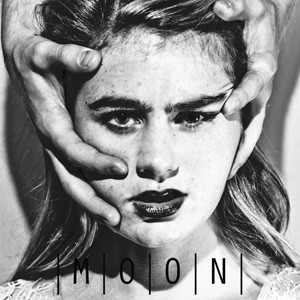 The first release from Wrong Island Communications is the eponymous "M|O|O|N EP". M|O|O|N is the artist name of 18 year old Bostonian, Stephen Gilarde. His musical talent being so well defined at such a young age can possibly be explained as a family trait: he is the nephew of James Murphy (LCD Soundsystem). These recordings are the first Stephen made not long after being given an old mixing desk and some monitors by DFA's Juan Maclean. They were made in 2010 and released via Bandcamp, proving so popular M|O|O|N was recently listed as one of the 10 Artists To Watch by Billboard 100 and were then picked up for the soundtrack to last year's 'Hotline Miami' video game. Since then, he has produced two more EPs which Wrong Island Comms. will be releasing over the next year. Comes in a picture sleeve designed by Madison McKenna with an A4 insert. Wrong Island Communications is a vinyl only label run by the same people as the long-running Glasgow club night of the same name.