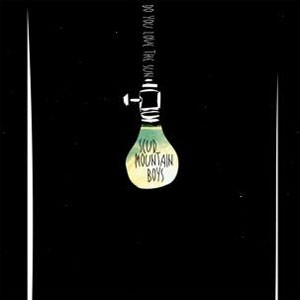 Do You Love the Sun is the first new Scud Mountain Boys album since Sub Pop released the critically acclaimed Massachusetts in 1996.

After being out of contact for many years, original Scud Mountain Boys band members Joe Pernice (vocals, acoustic and electric guitars), Stephen Desaulniers (vocals, acoustic guitar, bass) and Bruce Tull (electric guitar, lap steel, pedal steel) returned to the scene in late 2011, playing an almost-impromptu reunion in Cambridge, Mass. Soon after, the band announced more shows and reissued The Early Year, a compilation of their first two albums Pine Box and Dance the Night Away. Do You Love the Sun fulfills the promise of a full-fledged recorded comeback. Their latest offering features Pernice’s inimitable marriage of graceful vocals and a resigned tone that the NME (in a 9-outof- 10 Massachusetts review) once described as “the golden voice of the damaged, regret oozing from every word like wounded honey… rendering glorious the utter inevitability of failure.” Though the band was initially lumped in with the alt-country scene helmed by Son Volt, Wilco and the hordes of other disciples of Hank Williams, the Scud Mountain Boys have always taken their inspiration as much from hooky ’70s AM-radio pop as from the dirty country road of Johnny Cash.

For the legions of Scud Mountain Boys fans that have been holding out hope for a followup to the brilliant Massachusetts, Do You Love the Sun is a welcome ten-track return from a band that has been away for too long.