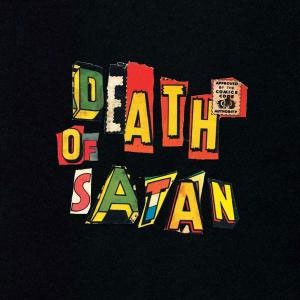 Five years after its completion, Munster is very proud to present the third and final full length by Danny & The Nightmares, described by Daniel Johnston as his "best album ever!"

It had been close to a year since they had gotten together to play music. The Nightmares set up in Danny's garage and pressed record. Danny had a couple of ideas for songs. After those were played through, a few more songs came forth. When the music was over and they listened to play-back, they realized they had recorded a core of songs to constitute a new album. Never knowing which end of the compass they might bend in any particular night of playing, Danny and the Nightmares recorded everything. Over the years they recorded on micro-cassettes, reel to reel, boom boxes, and a four track recorder. This time they had recorded on a digital machine. Over those years they had kept it close. They played and recorded at the Haunted House, or in Danny's garage. With snickers and grins, they knew they had a strong enough set of songs to elaborate on what they had recorded. They toted the machine to a string quartet. As they stood outside, they smiled while listening to the strings layering the songs.

Danny and the Nightmares then returned to a couple of unfinished songs that weren't sitting still in the balance when they had submitted what was to become "Freak Brain". With the capacities of the new machine, they also decided to rework a couple of songs that had already been released, and struck in the excitement, recorded a couple more new numbers. In more spells of revelry came another album, the "Death of Satan".

It has been five years since the album was completed. Daniel has mentioned it in interviews while promoting his solo career, stoking the curiosity of some his fans. The distracters claim that Danny and the Nightmares are not good for Daniel's image. Conversely, some fans have claimed that what he does with Danny and the Nightmares is like an 'alter ego' to his other work. It is tough to argue with his lyrics, "My friends really are the best in me." That is pretty much what it is, three friends that Rock 'N' Rolled when they could. If the album is good enough for them, well, they are obliged to share it. Danny and the Nightmares is "dead". The Death of Satan is their third and final full length album